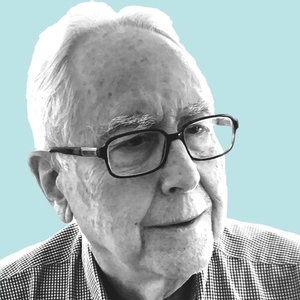 Ronald Radosh is an American writer, professor, historian, and former Marxist. As he described in his memoirs, Radosh was, like his parents, a member of the Communist Party of the United States of America until the Khrushchev Thaw. He later became an activist in the New Left against the Vietnam War.

He later turned his attention to Julius and Ethel Rosenberg. After studying declassified FBI documents and interviewing their friends and associates, Radosh concluded that the Rosenbergs indeed spied for the Soviet KGB, the crime for which they were executed.

Radosh's political views eventually began to shift towards conservatism, and his work as a historian has been characterized as conservative.[2] Currently employed by the Hudson Institute, Radosh has also published books about the activities of Joseph Stalin's NKVD during the Spanish Civil War and the foundation of the State of Israel.

His most recent book was co-authored with his wife, Allis Radosh: A Safe Haven: Harry S. Truman and the Founding of Israel was published by HarperCollins in 2009.[3] They are currently writing a book about the presidency of Warren G. Harding, to be published by Simon & Schuster.